I'm showing another of my Hacked Knits as part of the group show Queer Art(ists) Now. A collaboration with Jack Randol, as part of an ongoing series, this scarf (the third) will be worn by the gallery invigilator.

This particular iteration is a reworking of a classic Norwich FC scarf design, the team was chosen after I inadvertently stumbled upon a cache of Nazi memorabilia on sale (and lovingly displayed) in a vintage store in the eponymous town. The store owner was irate when my (then) boyfriend asked him if he had ever considered that selling swastikas and autographed portraits of Hitler alongside boot cut jeans and old Prince vinyls, might be considered just a little tasteless. “Oh go and protest somewhere else!” the shop keeper said sharply, when my (then) bf told him that he came from a family of Jewish holocaust survivors.

So then, that’s the impetus for the team colours. But what am I thinking about when I put these two words together? Well simply put, I’m musing in two identities (Jewish and homosexual) which can be thought of as having been forged in the same fire. We think of heretics burnt at the stake, we scratch the surface with a little research and these blasphemous warlocks, and unnatural sorcerers are often found to be...ja Jews and queers. Follow the line then to the Communist scares of the mid-twentieth century, down to today’s right wing propaganda, and you see these two identities are repeatedly framed as being the “real” evil puppeteering society towards its doom.

Both communities have experienced near constant threat of expulsion and exile, as expressed in the recurring banishment from European nations of Jewish people throughout the past two thousand years, or the eviction of gay and trans people from family homes as a rite of coming out passage, or the “queer flight” from home towns. The outcome of this continual dislocation and duress manifests in the justifiable need for homelands, whether that’s Israel or Fire Island, neither of which are all that dissimilar from the far right fantasies of ghettoes for Jews, and abandoned islands for AIDS patients.

Of course these homelands quickly become weaponized (sometimes literally) when the outsiders who stake claim and raise a flag õn the virgin territory of the safe space become the authoritative insiders. We think of the bloody persecution of the Palestinians in the name of Israel’s nationhood, we think of vitriolic racism and transphobia of the socially mobile, new enfranchised, club-owning cis white gay me; are we dreaming the same dream of domination? 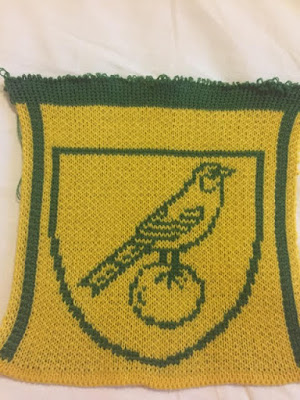 I can no more understand a queer person identifying as a Zionist than I can understand them voting Tory or Republican, how is it possible that the victim is so ready to victimize, and even use their own victimhood as justification? This ultra conservative agenda has been made possible, I suppose by ridiculous sleights-of-hand like the Gays for Trump movement, by pink washing right wing policies so as to make them seem more liberal. Again, Israel’s reputation as “the only democracy in the middle east” has been built in no small part on the fact that homosexuality is legal there, which for some people is enough to justify just about anything. The question I have to ask though, is “When did you start giving a shit about gay people?” When did we become the last sexy orangutang in the rainforest, the primates you are do desperate to defend after decades of decimation?

Ultimately I’m not trying to assign any values to either the word “Sodomite” or “Zionist”, both are worn as badges of honour by certain people, and used as pejoratives by others, as is the want of language. As with all of these scarves, I’m interested in ideas of identity, class, social power, and a sense of belonging. I’m wondering is it possible for their to be a gay homeland, a Jewish homeland, a homeland for any marginalized community really, that doesn’t come at the cost of the destruction of some other oppressed people’s basic humanity?

This series of Hacked Knits has been for me, a way of unpicking identity, belonging, tribalism, and the notions (of class, sexuality, gender) that purport to offer us a sense of fellowship. As such it's messy and contradictory (as is identity), but I'm using it as a process to feel something out rather than to declare a definite position.
Posted by La JohnJoseph at 4:21 AM 10 comments: