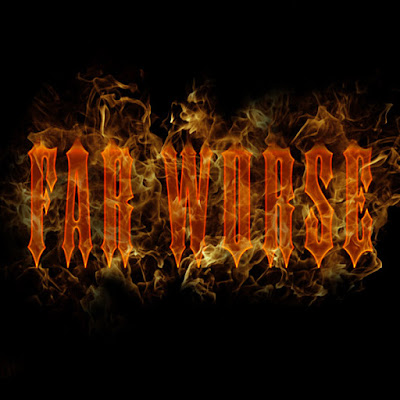 In November of 2016 I started going through some old loops which my pal and frequent collaborator Ben Jackson had sent me. There was one that really struck my mood, and over the past 14 months we have laboured over it to bring you "Far Worse". It's a doom-laden gabber track inspired by heartbreak, low-class rave culture, and Dante's "The Divine Comedy". I'm obsessed with this track, I performed it as part of "Any Instant Whatsoever" back in October, and it felt electric.

The video was shot in Berlin at Folsom (the fetish fayre) with styling by Tim Heyduck and Make-up/Hair by Sarah Hartgens. Fritz Schiffers directed it, and Ben himself edited it. All I really had to do was give me heart and soul and lyrics. Continuing our investigation into the role of a recording artist in the digital age, the "Far Worse" single is released as a telephone call via www.alexandergeist.com

The video was premiered at AQNB and you can read their featurette on it, if you fancy.