2D JOAN is being born

So here I am blogging from my gorgeous suite overlooking the canal in Manchester, prepping to film "182 cm Queenie", my new mini-masterpiece commissioned by HOME for their new La Movida group show. The film is the central piece of a new work which will be unveiled in April, comprising sculptural, performative and video elements, collated to loosely rework three speeches given by Juan-Carlos I of Spain during his reign. Of course, the material has been run through a psychedelic filter, processed to enhance the subtext and gossipy overtones, and bent into a shape which questions some cherished notions of Western democracy. The text is to be presented by my newest incarnation, 2D Joan, herself a combination of Princess Margaret circa 1951, Joan Crawford, and a Liverpudlian council estate housewife. She is in equal parts horrifying and compelling, and these are her shoes (which I think are really the cornerstone of any given persona). 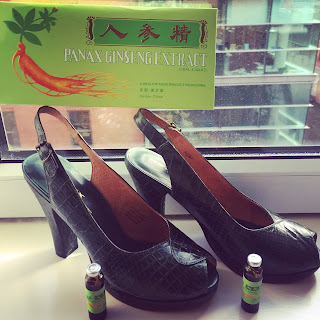 Today her face also arrived, courtesy of Grace "the face" Oni Smith, Manchester's killer queen maquillage demon, who took an aristocratic template and blew it up to Hollywood proportions, via some classic Kabuki gestures. This is Grace with project producer (and tbh total ride) Bren O'Callaghan, enjoying a spot of tea after our make up tests at the top of the Hilton this afternoon. 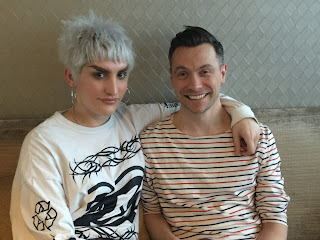 And this is the first test for 2D Joan's physical manifestation through cosmetic manipulation (I.E. glued eyebrows). 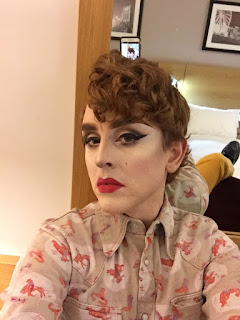 Tomorrow I meet my drama coach, Colette. I have said that sentence approx 1m times today already but I will never tire of it. Also my sister arrives in Manchester to make her film debut as a hospital patient lucky enough to receive a visit for 2D Joan herself.