"So why don't we make a little room in my BMW babe?"
or
How George Michael can help us survive the Trump-Brexit era. 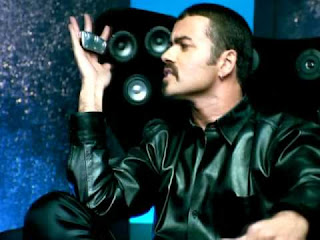 The ribald gloss of "Too Funky", the disco satirical "Outside", that downbeat melancholy which built to a whirl of saxophonic melodrama, in "Careless Whisper", the pavement poetry of "A Different Corner", the rub of perversion and salvation oozing from "Father Figure." From such a slick, stellar catalogue who could pick George Michael's singular artistic achievement? And let's not forget the duets with Aretha, Whitney, and Mary J. Blige (though please DO let's forget the dire duet with Elton - nobody's perfect).

Yet, I can't help feeling that until his sudden death on Christmas Day, that George Michael had in the popular cultural imagination at least, slipped into Norma Desmond territory. A diva in a mansion watching Wham! videos in the home cinema, fenced in by ever more scurrilous gossip. All those ever circuitous stories of upcoming comebacks, drug problems, sex parties, and legal troubles took him out of the zone of pop artist and put him squarely in the Lohan ruled domain of "hot mess". But to my mind, he hadn't lost his way as much as recognised all too plainly that the "wall-to-wall homophobia" (as he once put it) would forever define and confine his artistic efforts, and so, perhaps brattishly perhaps bravely, he simply refused to play. That is not say he just gave up all hope, as all of the now surfacing stories of his charity work and tremendous acts of generosity express. Rather he switched tactic.

After offering 20 years of escapism to '80s pop pickers and (after his "outing" in 1998) to'90s non-conformists from atop his pop star pedestal, he stepped into a quieter, more direct mode, offering anonymous cash donations to strangers in cafes he overheard spilling worries over overdue loans. He worked in homeless shelters, and secretly donated royalties to AIDS organisations, gave free concerts to NHS nurses, and (I find this one strangely amusing) paid for a woman he saw on the TV show "Deal or No Deal" to have IVF treatment. Can it be said then, that in recognising the limitations of even his own mega-rich, mega-famous persona in the face of a homophobic, sex-phobic, scandal driven, sensation fuelled culture such as ours, his decision to withdraw from the all conquering, top-down Olympics of celebrity culture, and move towards an intimate horizontal economy of small but meaningful acts of kindness, that he presaged the kind of interactions which will be necessary for us to survive the Trump-Brexit era? 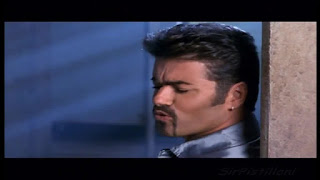 The homophobia George Michael endured throughout his career, and which peaked to hysterical highs in 1998 after his arrest for lewd conduct, ultimately destroyed his commercial appeal. He and Rupert Everett are the twin patron saints of 90s fags doomed by sexual frankness, their kneecapped careers functioned for a decade or so, as the heads of traitors on pikes might, to deter any one else from such statements of heterodoxy. Thankfully now we have Frank Oceans and Beth Dittos, illuminating our still magnificently less than perfect landscape, but in the 90s being out as gay meant inescapable marginalisation. (Ironically of course now, in our new internet age of fracture cultures and impossibly niche markets, artists can maintain careers almost entirely outside of the mainstream - but 'twas not so in the 90s when a record label with the budget to buy every billboard and crowbar you onto every play list was essential to stardom). George Michael's legacy is the frankness that carried over into his refusal to complain about his lot in life, to recognise how fortunate he was, and to share that good fortune. He made his point clearly, concisely, but didn't become a martyr to it. As he told Oprah, "I'm not interested in selling records to people who are homophobic". If he wasn't what people wanted, too fucking bad for people. Because he refused to be part of the system of, "sexually unthreatening" gay people "comforting the whole of British society", and kept on smoking, drinking, fucking around, making it clear that his long-term relationships were open, non-monogamous.

Speculation runs wild now, was it suicide, was it heroin, or a heart attack? That's not something I'm interested in digging into. Instead I want to celebrate his unabashed and wickedly subtle exercise of sexuality in his lyrics and iconography. Well, the 2nd half his career at least; the George Michael of Wham! happened mercifully before I had, "entered fully into subjectivity" (to quote an old lover). I know the hits of course, but I still don't enjoy them, much less the look. The blond highlights, stubble, crucifix earrings, mirrored sunglasses, and stone-wash jeans is to my taste so reprehensible, so Mumsy and embarrassing, but come mid-90s "Older" era George and I'm in. That blunt, pristine black cut, the graphic goatee, the boxy Versace suits, the leather pants and the wrap-around shades spoke to me. He seemed so urbane, always surrounded by super models, subtly giving "Fony" records (and on tracks like "Star People", his pop contemporaries) the finger. His approach to sex in his songwriting was neither as graphic as Prince nor as quasi-spiritual as Madonna, but there was something that seemed so disconcertingly dirty about prosaic lines like, "Why don't we make a little room in my BMW babe?" ("Fast Love") or "Well I guess it would be nice, if I could touch your body, I know not everybody has got a body like you," ("Faith"), or even the outré outro, "I'm Dancing on the D-Train" from "Outside".

I wonder then why since his '98 fall from grace, he was never again classified alongside Madonna, Jacko, Prince, and Bowie as the superstar he should've been acknowledged as? Or maybe it's self-evident? Outrageous as the aforementioned four were, they all in some way came back to the fold of conventional morality. Prince, the most unstoppable of perverts became a Jehovah's Witness, Bowie the cross-dressing bisexual married a supermodel and fathered her child, Michael Jackson as eccentric as he was presented as a heterosexual family man, and Madonna (whilst still flashing her ass at sexism as she approaches 60) is not only matriarch to an ever growing brood of babies, but also unequivocally an agent of commerce (the world's true religion). What place then for a pop star who is outed in a traumatic, humiliating tabloid set-up (light years away from Bowie's stage managed "I'm Gay" NME interview) and who refuses to counterpoint the situation with a big gay wedding in Hello! magazine. No children either. Asked about fathering or adoption, he replied, "Can you imagine? No, thank God I didn’t. Can you imagine being George Michael’s son at school?” Instead of even flirting with a populist notion of gay fatherhood, he instead professed his love for smoking 20 joints a day, which kept him, "sane and happy." Worse yet, as early as 2004 he said, "I really don't need the public's money," and offered to make his music available online for free, with the option of a voluntary charitable donation. I suppose it's not hard to see why a man so uncareful with morals and business models alike would be only ever referred to as "Former Wham! singer", in spite of his 100m+ record sales.

Rather than getting all bo-hoo-hoo but it's Christmas about it we should recognise George Michael as an artist whom even from inside the insanity of celebrity, saw the world for what it was and spoke truth to power. An artist who was grateful and generous, an artist gone too soon, but not a victim. Let us remember George Michael, for all the fucks he did not give, for the Prince-esque stance he took against his record label, for the inexplicable friendship with Geri Halliwell, and most of all for songs so insatiable that they brought pleasure to even the horrors of abdominal exercises. 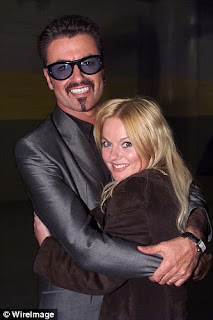 Posted by La JohnJoseph at 4:13 AM No comments: