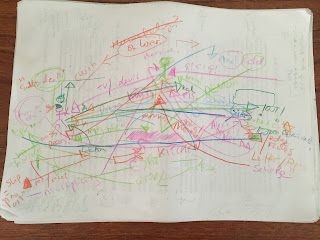 Monday! So here we are back at the Bethnal Green Working Men's Club (where loyal readers will remember I spent a lot of time performing "Cover Her Face" a few years ago). The carpet is stickier than ever, but the big tinsel heart has never looked better; that's sort of a metaphor for life. 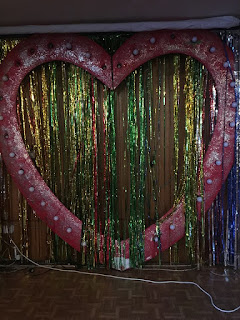 Tuesday! Act 1 was finally blocked and Act 2 became semi-freddo, the feeling emerged that there's a show in there somewhere. Also of note, a very productive production meeting in which we welcomed our new stage manager, Jo, into the fold, and this artfully decorated chair. 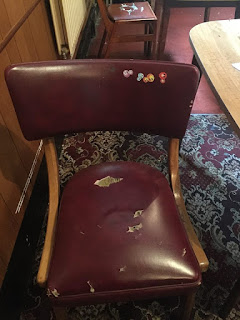 Wednesday! Dear director Robert Chevara, and I hit upon a rhythm to the process, we were even visited by Marie Lloyd in the form of her familiar, this cat. Our system has been to unstitch the text and piece it back together, sewn up with cinematic & operatic references, which remain secretly stitched inside the piece, invisible but felt. A bit like McQueen chalking I AM A C*NT inside the Prince of Wales' jkt. 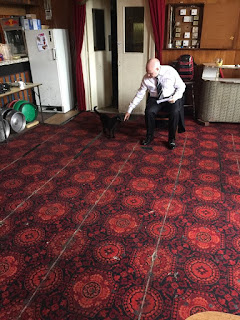 Thursday! Things got real when we started running in the tech (represented here by the screen and hand of Mickey). We went through both acts and suffered from the humidity (in a terribly Tennesse Williams manner). 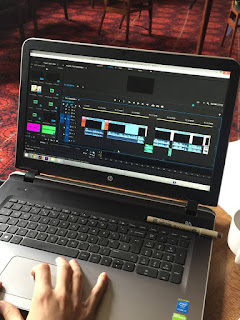 Also big shout to this y2k coffee (haven't seen one like this for abt 15yrs). Wouldn't DJ Millennial Latte be a great handle? 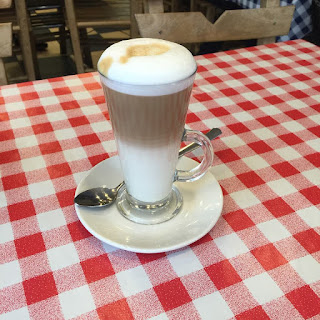 Friday! Suffering from the Brexit blues, big time mate. If it weren't for the brilliance of Sobranies I doubt anyone would have finished the day off standing. 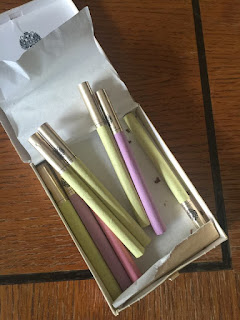 On week remains! How will it all pan out? Your guess is as good as mine la. Shows are July 2 & 3 at the Arcola, London.
Posted by La JohnJoseph at 9:10 AM No comments:


How have we come to the mid-point of the rehearsal process so swiftly, simultaneously so depleted and energised? Let's review the evidence.

On Monday we were all still reeling from the killings in Orlando, the day was long and the queer content of the piece seemed to resonate in a different way. The week ahead of us seemed an insurmountable mountain, the summit of which could only be more disturbing still. Trying to find reason in an unreasonable tragedy felt futile, so we worked somewhat numb, almost as a distraction. 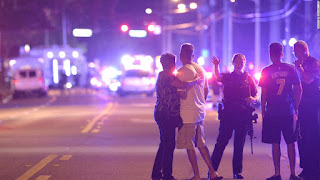 Tuesday we broke out a new scene and a new set up, and with it came a sense of possibility, not of forgetting but of forward motion however staggered. We spent a lot of time in discussion around soft furnishings, trying to decide which pillows would most likely be found on the sofa of our central femme fatale Kate Peters. (Pictured are a pair which didn't make the grade - sadly they were just a tad too Costa Coffee but we wish them all the best for a long and fruitful career). 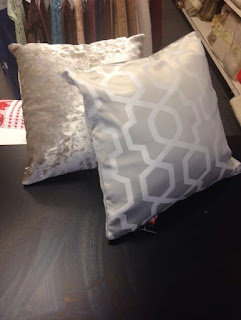 Wednesday called for increased fire power in the form of liquid ginseng - it was just like being back in Hong Kong la! 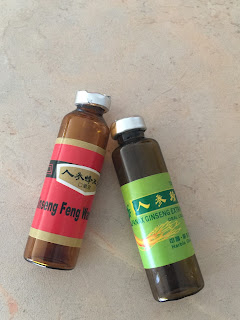 The real star of the week was Fran Lima however, with whom we spent 3 days filming the central scenes for GEIST. 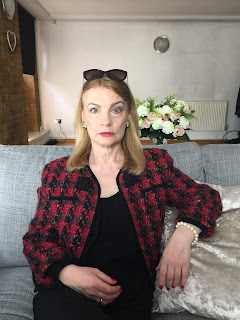 Thursday was all about sound, mainly unwanted. We have been shooting opposite a building site which has slowed down the process by about 20%, an annoyance we had grown used today. However when the skip rolled in to town the camel that is my mind broke her back. We sat around gossiping until their was a moment of quiet and then hurled ourselves into action stations every time there was an audible lull. Somewhow we made it through 15 pages of dialogue, but just imagine what we could have achieved with budget for a sound studio. 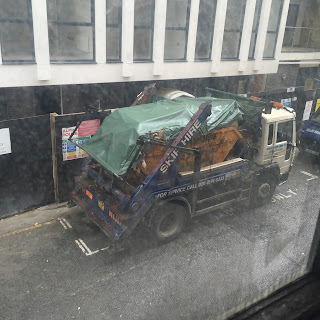 So then came Friday as she does, when we had to reel in the biggie, the face off between Kate and Imogen, Frost .v. Nixon style. Food poisoning visited the cinematography dept. and the upstairs neighbour's washing machine harmonised beautifully with the builder's across the street at semi-regular intervals, but somehow we forged on. If I have made this week sound like nothing but a cheerless chore I apologise. Besides the vomiting, the noise bleed, and the spectre of constant violence, it was actually quite a lot of fun. 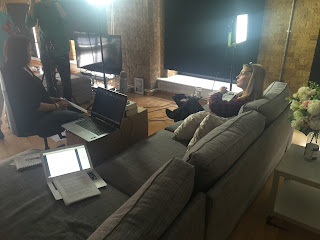 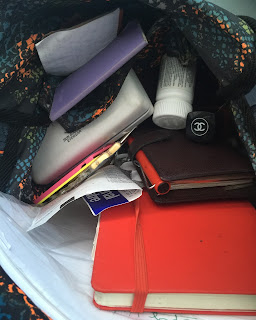 If you want to see how that translates onstage then BOOK HERE: http://www.arcolatheatre.com/event/geist/2016-07-03/
Posted by La JohnJoseph at 5:47 AM No comments: 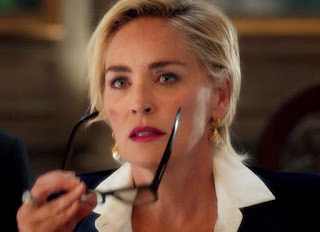 Well now lover, as you it's something of a signature of my practice to blog the rehearsal process, so here we are beginning a whole new journey together. 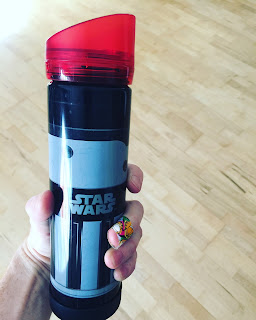 Monday was the first time the cast came together, always a nerve wracking moment. Onboard are Fran Lima, playing Kate Peters, Helen Sheals as Imogen Hampstead, and Alex Theo as Nick Cumin, all of whom are all 'round good eggs and 100% fair-trade. We had the mixed-blessing of reading the show through a couple of times to get a feel for how it sounds when read aloud. This is the true test of a script, if it can leap from the page to the stage. With a few minor adjustments this one seems to have that ability. True Jedi that I am, I slugged through a light sabre full of green tea during the proceedings. You've gotta get those anti-oxidants lover, if you're going to slay the dark side (i.e. rehearsal fatigue). 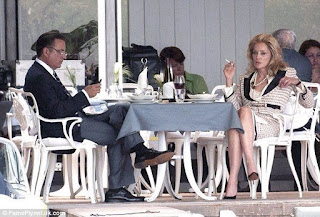 Tuesday was the day we realized that Agatha Christie was too much of an influence on the script, quite how she crowbarred her way in there idk, since I was aiming for Raymond Chandler really, but such is life. In order to ramp up the unhinged sex appeal of it all (and give the whodunnit angle a rest) we tried to channel Sharon Stone, the patron saint of stone cold foxes. We set fire to a Chanel 2.55 and in the smoke saw the face of Sharon, who revealed all her secrets to us. What did she whisper? Well, you'll have to come and see the show won't you? 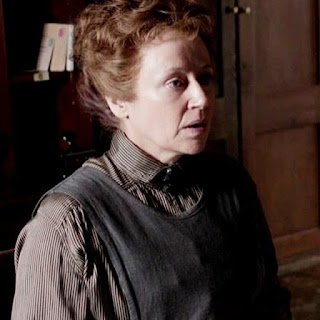 Wednesday was a game of two halves. Firstly we recorded the lovely Helen Sheal's lines, during which she revealed several explosive secrets about her time as Mrs Wigan on Downton Abbey. Faves included the one about a certain unnameable lead actor who CLAIMS to be vegan, but insists on eating cartons and cartons of Dairylea Dunkers in between takes! (This is a lie). 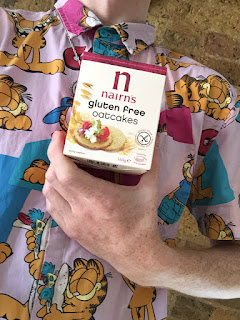 Thursday was sponsored by Nairn's gluten free oatcakes, in co-operation with Garfield the cat. Our director Robert Chevara and I ran through the blocking of the first few acts. For the first time, in the process, I got that wonderful feeling that this show was actually possible. 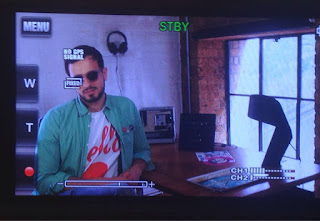 Friday, that meanest of all beasts, roared as she rose, but she was no match for we fair maidens of the footlights. We spent the whole day filming Alex as Nick, no short order, as the script comprises 36 pages of fragmented single take speeches. Head chucklemeister and set-designer David Curtis-Ring was on hand to dress the stage, and make sure everything looked suitably cinematic. He even brought along a special tea that only successful people are allowed to drink, and gave us all a sip to help us on our way. What a gent! Happy to say we made a severe dent in the pages to be filmed, and after a minor slippage with the vol-au-vents set up a very productive rhythm which will carry us over into next week's adventure.

Who knows what awaits us? More migraines and oatcakes I expect, but really, at this stage it's anyone's game. And if you fancy buying tkts, you can do so here: http://www.arcolatheatre.com/event/geist/2016-07-02/
Posted by La JohnJoseph at 3:54 AM No comments: