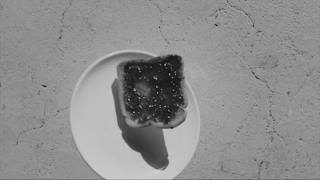 In a rare moment in which myself and the contemporary universe collide, I do declare, that I totally get the current hoopla over Beyonce. This visual album is the summary of the best bits from the last 40 years of pop music; from Janet to Madonna, Prince to Lana Del Rey, though I wasn't expecting her to reference Bowie's "DJ" on her journey to the centre of the earth. She drops in her Mother, Joan Smalls, Chimamanda Ngozi Adichie, and Pharrell alongside a plethora of trends, subcultures, and self-referential riffs to summon up this magic lantern. And she owns it, with love and respect to her inspirations for sure - but it's hers.

Now if it were Gaga we would undoubtedly say it was an appropriated grab bag of pretentious, attention grabbing swag, but Beyonce is a different creature entirely. She is so totally convincing, absolutely hypnotic, and dynamically fascinating, moving with supernatural grace from sex kitten to mafia don to girl from the kiez to Mama on the make to supreme ruler to sublime being, then throwing us that smile which says, "I'm just playin' ", and cracking herself up. It's exciting to see somebody be so, multifaceted and still joyful, and whilst we're at it, so frank with her sexuality (and it DOES feel like it's her sexuality, doesn't it?)

Of course it helps that she is a stone cold fox, but that's not the only reason the world is in love with her, or else every J.Lo release would register a seismic impact. We love B because she has worked for it, from the ground floor up, and because even though some of her hits may not have hit home with us personally, we've grown up with her. (Speaking of isn't it GREAT getting a peep of some really, really awful old Destiny's Child outfits? Personal highlight there). 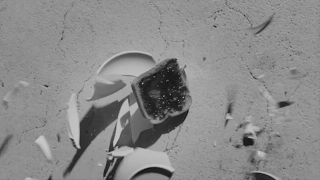 She is just such a great performer, I don't think anyone else comes close, not that it would even be possible because to be as good as Beyonce you have to have done it for as long, and with as much continued success, which is itself almost impossible. So she's a tautology too, what can I say?

And tech savvy too, not just in her lines about Instagram, but in outdoing Bowie's attempt from earlier in 2013 to release a record direct to download "unannounced". Okay, so yes, it's a stunt and a trick that cannot be pulled out of the hat again (nor would it work for anyone other than a superstar like Beyonce) but what this release has done is to make the concept of albums relevant again (if only for now). Since we can just download the hits we want, or stream them, why bother with buying a record, right? Wrong! Mrs Carter's latest release shows you the error of your ways. Do you remember the last time there was this much excitement about an album? I felt as though I was skipping high school to go and buy a motherfunking COMPACT DISC as I watched my itunes progress bar bring me closer to the goods.

But why for the love of Little Debbie's snack cakes does Jay-Z have to ruin it all with his Ike Turner wife beating tribute verse? Why do it? Such a misstep there lover. But nobody's perfect, not even Beyonce, though as one of history's greatest babes, a wondrous singer, a tireless worker, a peerless writer of melodies, and a beautiful dancer, she ought to at least consider filing a claim with the relevant authorities as to her being the human superlative. 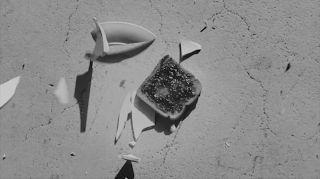