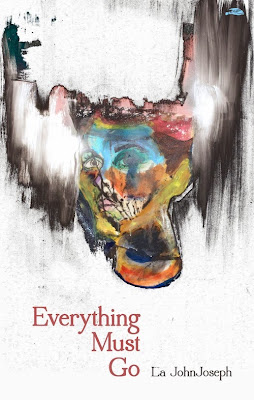 Oh lover, this is a big one! My novel, Everything Must Go, has been picked up for publication by ITNA in New York, after a mere four-years of shopping it around! It will arrive in March alongside two other titles, "Food Chain" by photographer Slava Mogutin and "Limiters" by Christopher Stoddard. What great company! I think I have Bruce Benderson to thank for this (as well as out Lord and saviour Jesus Christ) as it was Mr Benderson's recommendation to ITNA which provoked the connection. In case you aren't aware, Mr Benderson (a motherfuckin' Prix de Flore winner) wrote of the novel, ahem, "illuminated by a talent one encounters only once or twice in a lifetime.... La JJ's narcissism is midwife to the birth of such miracles. Most of us afflicted with it end by turning it on ourselves; yet his synergies turn it into the shining currency of invention, worthy of an R. Firbank or Dame E. Sitwell."

I'm not being very gracious am I? But truly I am beyond thrilled to get the book out into the big wide world, because it is a work which means a great deal to me. I almost lost my mind writing it, but I genuinely think it is a great piece of writing, and as experimental as it is I believe there is an audience hungry to hear this story. So here's the synopsis to whet that appetite.

Everything Must Go is the psychedelic, kaleidoscopic tale of the young Diana who, pregnant by her father, flees a childhood home which is quickly being devoured by gargantuan, omnipotent shrubbery. She becomes a single mother, a would-be martyr, and her own twin brother as she travels to fulfil a cryptic doomsday prophecy, encountering an outlandish cast of characters along the way. Somehow knowing of Diana's undertaking, this unholy alliance of drag queens, religious maniacs, pre-pubescent freedom fighters, oracles, speed freaks movie stars all spur Diana on towards her sacred goal of unleashing the apocalypse. The question remains though, is she worthy of such a mission? Part road trip, part showbiz memoir, part quest novel, Everything Must Go is in turns, graphic, magical, satirical, horrifying and beautiful.

Oh and PS, visit the publishers to get a pre-order 35% discount which is good until the end of 2013. Hyperlinked bargain babes! http://itnapress.com/titles/everything-must-go-by-la-john-joseph
Posted by La JohnJoseph at 7:33 AM No comments: