grotto from marianne vlaschits on Vimeo.

Posted by La JohnJoseph at 4:53 AM No comments: 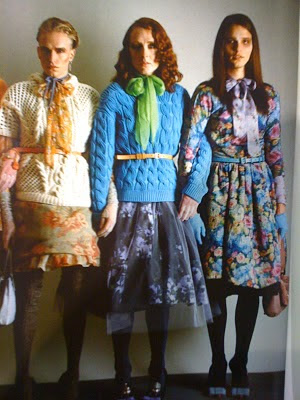 The current, entirely missable issue of POP magazine features yours truly, in a story about boys wearing Fall-Winter womenswear. It's about as exciting as it sounds, i.e. not very. But here's a picture of a picture, taken by Jordan Hunt in WH Smiths last week (probably).
Posted by La JohnJoseph at 8:19 AM No comments:


To mark the Papal visit to the UK (which I am mercifully not in the country to witness) I have decided to share a scene from my new play Kill Everyone Now with you, lover. I have been working on it on and off for two years and today finished the first draft of the textual components. So, have at it. 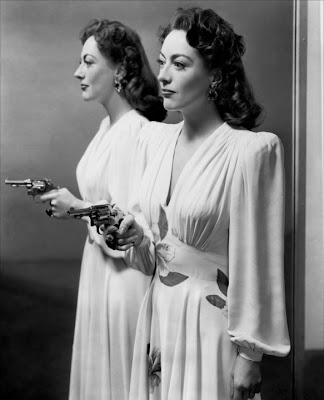 Joan Crawford; talking to her partner above the general noise begins a monologue, turning outwards to address the audience as she does so. The tone is melodrama, silver screen acting, glamour as tough as nails, she has a lit cigarette.

I wonder, I have always wondered, where do communion wafers come from? Who bakes the body of Christ? Those paper-thin discs, the heavenly host, those wafer like slivers of immaculate flesh, tasting oddly of polystyrene.

“Do this is memory of me”, He said at the last cocktail party, but darling where does one buy them from? I’ve looked all over Harrods, Fortnums, Ka De We and Gristedes but all I can ever find are blinis. Are they by special order? Are those tiny slices of snow white bread cut from holy loaves? Tended to lovingly by devout monks in the highest hills of Umbria? Are they carried one snowflake at a time for inspection by a wizened but beautifully radiant Father Abbot, each and every one? Are they packaged up in baskets woven from wheat and decorated with bright white flowers to be carried down the mountainside on the backs of blessed donkeys, to the port where ships sailed by celibate seamen carry them o’er the water and on to the lips of the devout?

No. I rather expect they come from dour factories, housed in the Mid-Western regions of the United States, that they’re churned out mechanically by hair netted, carcinogenic grandmothers hacking their lungs out over the conveyor belts as they go by. That they fall in their hundreds of thousands through mundane pipes and cylinders, shredded ignorantly by ever duller whirring blades and then embossed with the holy seal, as though each one was a collectable Texas Rangers sticker pack, destined for a tube of potato chips. Forced fed into a vacuum pack and shipped off on the back of a hulking twelve-wheel truck, through the driving grey rain of a freeway at midnight.

Yes, and from time to time the driver, delirious in his exhaustion (he hasn’t slept for 36 hours and he’s hallucinating little green men at the window) the driver from time to time confuses his deliveries and turns off too soon from the freeway. His monstrous truck feels a part of him, like an over full bladder and all he can think of is release. Barely cognisant anymore he spins the wheel in the wrong direction, mixes up his deliveries, and leaves the communion wafers at the McDonalds up on 42nd street, and then unwittingly continues on to St Patrick’s with the frozen fast food.

Now, with the lightning quick commercial brainpower that has made the brand a global powerhouse of misery and misinformation, McDonalds quickly sell on the mysterious tasteless wafers (that no-one can account for) as their new low-cal, low-carb air burger – the healthy option – and for two Tuesdays in June it is their biggest seller. And on Sunday, as the Arch Bishop turns the key in the lock of the tabernacle, raw minced beef slides out and onto his immaculate shoes. Steak tartar. Body of Christ.
Posted by La JohnJoseph at 11:47 AM No comments:

This is my sister 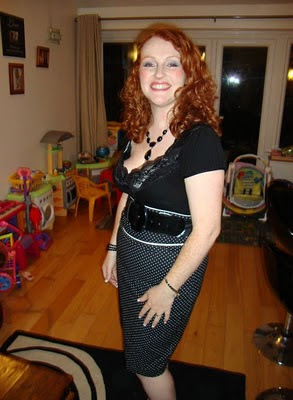 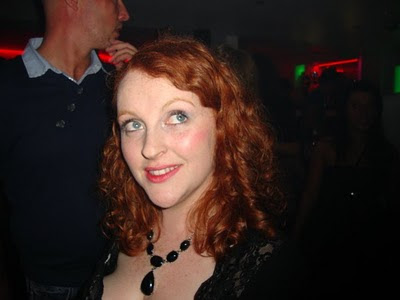 Isn't she giving you some straight up Christina Hendricks, mid-century bombshell realness? Also, all those toys in the background - love it.
Posted by La JohnJoseph at 6:58 AM No comments: 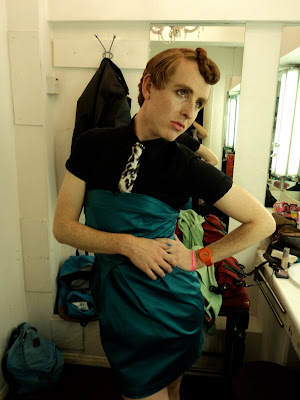 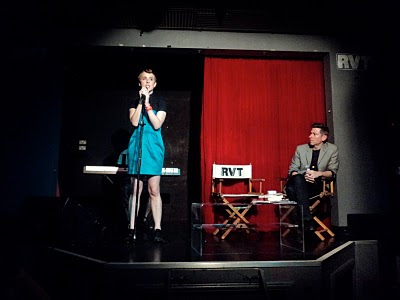 Yesterday was my last show in London before the big move to Berlin on Sunday. I was a special guest on David Mills' hit chat show, "Good Morning, This Evening", at the RVT and sang Tom Waits' hit dirge, "Time" accompanied by the right honorable Jack Tame on the keys. My longtime lover Anna Lewenhaupt, fresh back from a summer of being an absolute tart in Sweden and France, took these lovely pictures to commemorate the occasion. 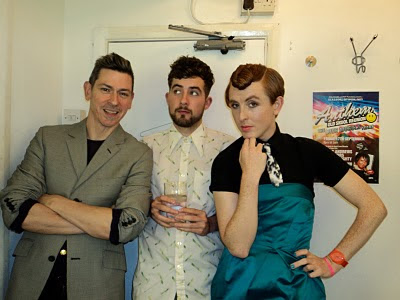 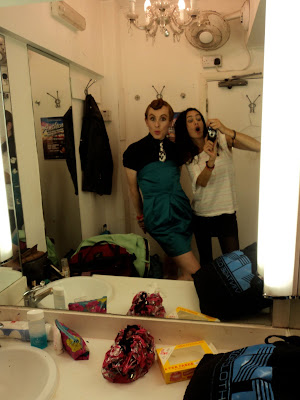 Ms Lewenhaupt shoots in the mirror
Posted by La JohnJoseph at 5:23 PM No comments:

Grammar of the heart.


I looked
through a window
onto a stranger's pain.
And it
was like
a mirror
for my own.
Posted by La JohnJoseph at 3:33 PM No comments:

Of course I do.

Posted by La JohnJoseph at 6:06 AM No comments: 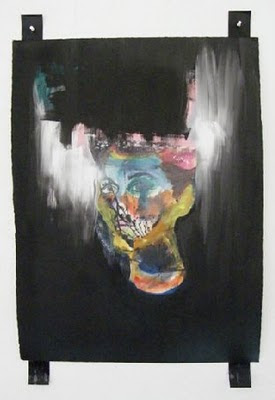 Portrait of Alexander as a Faberge Egg

My dear friend Stevie Hanley (and subject of many a blog post) has just started showing work at
September Gallery , on of Berlin's best art spaces. He is part of a group show "Thema Frau", which has it's private view tonight, so if you're in Berlin you should check it out.

One of the pieces he is showing is the above portrait of my disco alter-ego, Alexander, and it's available through the gallery for the bargain price of 700euros. You're not really supposed to talk about money and art are you? Oh well.

I'm really interested in the title of the show (Theme Woman), especially in "appearing" as part of it. I've been musing on using the title of "The Other Woman" for a project, and so this is all wonderfully serendipitous isn't it? Especially as I consider Alexander to be my drag King persona, me dressed up as a boy and crooning disco songs. I like to reconfigure the multitude of possible poses within humanity, you see lover. Being The Other Woman is obviously about being someone's secret mistress, but also, about being the other form of woman. You could be reductivist and say, "the other form of woman is man", but that would miss the point.

I am the other woman, not a woman, but I am not a man either; my atomic substructure is virtually identical to both of those more traditional forms of being but it is not experienced as either. Here I am, regardless. I could easily be The Other Man, only then there's no pun involved (at least in English) is there? We understand the other woman, in terms of extra-marital relations, as so, by first accepting that a man already possesses one woman, and the second is the added extra. In declaring myself as The Other Woman I'm acknowledging my peripheral status as on the fringes of both gender and, more often than usual, other people's relationships. And maybe also putting forth the case for further options.