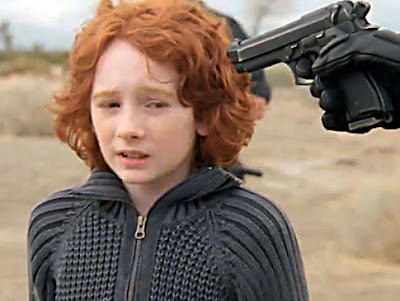 M.I.A released a video this week, you may have heard about it.

The song itself is long, vaguely catchy, sort of hypnotic but really quite a non-event. As, to my mind is the video. It is EXACTLY the kind of video an artist like M.I.A makes as the opener for a sophmore set, something provocative and political (and yet apparently not meant as a discussion on any specific incindent), something very long (read avant garde), something expensive which says "I am a major artist", something that says "I am M.I.A, I am an oustider."

It's really a perfect exercise in branding, counterpointing her against Gaga the "good mimic", as M.I.A called her. Yes, they both wear demented outfits, and yes they both make ten minute music videos, and yes they both have major record deals, but M.I.A is a rock'n'roll artist, man. The "Born Free" video is harrowing, and it goes beyond just about anything I've ever seen in terms of brutality in a pop video, but to be frank I find it as ridiculous as I do traumatic. (I think it's the choice of red heads as minorities that makes me groan, the whole thing does feel a bit Ben Stiller, no?)

What I do admire however is M.I.A's dedication to causing a stink, because questionable quality of the medium aside, the message needs to be flagged, a stink needs to be made. It's beautifully shot and absolutely unflinching in its depiction of sadism, sickeningly so. It feels so horribly real, even though one is aware of watching a somewhat metaphor, and its graphic insistence on representing real events, real mass murders which were really buried really deeply, is commendable.

This is not a distant sci-fi dystopia, this is NOW, this is happening, this HAPPENS. MTV aren't showing it and youtube have pulled it, because peope are offended by it. Offended by seeing a child shot in the head and people forced to run across a field of land mines. OFFENDED? Not horrified? Not ashamed? Be offended - go fuck yourself if you can't sit through it.
Posted by La JohnJoseph at 2:06 PM 2 comments:

Footage from the final Alexander show in Berlin, at the Silver Future, NeuKoln.

Right?
Posted by La JohnJoseph at 1:14 PM No comments:

Me and my home girl Squid Face.
Posted by La JohnJoseph at 5:24 AM 1 comment: 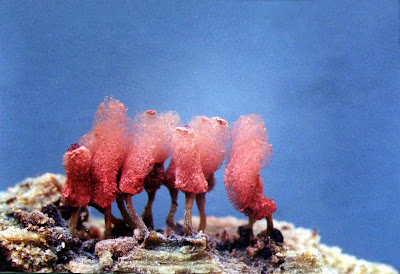 Tart about town and celebrity blogger Jackee Word, has this to say about my musical career thus far. CLICK.
Posted by La JohnJoseph at 9:52 AM No comments: 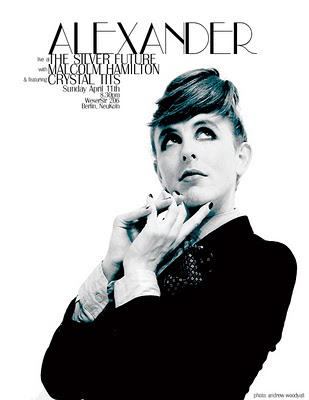 The very first full length show from ALEXANDER; Sunday 11th a the Silver Future in Berlin (click on the flier for all the relevant details). It's preview of the upcoming EP featuring appearances by Crystal Tits and Malcolm Hamilton, no less.
Posted by La JohnJoseph at 2:44 PM 2 comments: