Pickle Queen; (informal, slang, polari) one who is a constant state of chaos, moving from one ludicrous panic inducing situation to another, ie always being "in a pickle". EG "She left her cell charger behind when she went to LA and now she can't get a ride to SF, and even if she gets there she hasn't actually figured out where she's staying though she does have 5 performances in a row. She is such a pickle queen."
Posted by La JohnJoseph at 12:13 PM 3 comments: 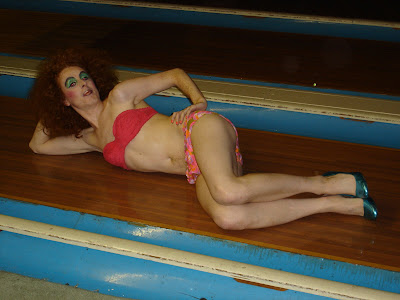 Last week I went up to Asbury Park to perform with a delightful array of harlots, in a bowling alley. The dressing room was built over the lanes and so bowling balls came hurtling through all night long, really it was quite something. Legs Malone took this picture as a record for the future.
Posted by La JohnJoseph at 2:48 PM No comments: 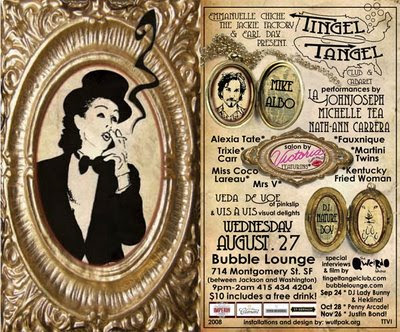 Well how about that?
I will be making an appearance at the deliciously sophisticated TingelTangel Club in San Francisco next Wednesday (August 27th), alongside my main girl Nath-Ann Carrera and those queens from Stonewall's smash-hit Victoria party. Literally, SF has never looked so much like NY. Especially since everyone left the West Coast and came to live in my apartment.
Posted by La JohnJoseph at 9:59 PM No comments:

"I'm going to do exactly what I did in San Fransisco, fuck everybody, and then no-one is going to want to speak to me," he said, and he wasn't lying.

He found a cassette player and a stack of cassette tapes. He put four batteries into the tape player and we went to walk through Sunday evening's East Village. The tape player played "Teenage Wildlife" and "Upside Down" and he wore it from his wrist like purse. I bought him pizza, he ate it with ketchup, the sky was as purple as a jewel toned aubergine. "In America they say eggplant," I say to myself and feel what it will be like to look back on this present as the past.

I wore his shoes about the Village and all the way home where we lay down and watched the first few scenes of "The Women", before he fell to sleep and I cut my losses and we intertwined ourselves in a profoundly intimate embrace. We slept like that, or rather I lay like that, thinking about his body and my body, and how they differed, and how they were the same, and how we were all just swimming together in an electromagnetic soup anyway. Phelps won his first gold medal somewhere that night.

In the morning a thunderstorm rolled over us and poured down luxuriously. He took my hand and led me to the other end of the bed so we could watch the storm. He kissed my fingertips, his stubble not ticklish, not painful, multiplying each stroke of contact by a thousand.

I had often wondered what had prompted his cross-country cycle to New York.
Posted by La JohnJoseph at 2:32 PM No comments:

There's nothing left to learn, no more bridges to burn. 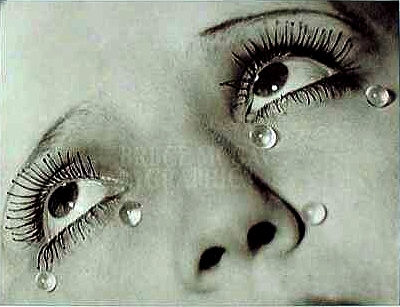 That was you see, my last weekend in New York City, and it thoroughly kicked me in the face. I probably deserved it. Next weekend I will be in L.A., the following in San Francisco, the next Dublin and the next London.

Right now I'm having a very emotional time. I have these endless conversations with people who tell me how sad they are that I am leaving, but I myself am too broken up to talk about it. I keep brushing people off and closing down the dialogue, and feeling very guilty for not allowing them to say what they want to say. I just can't bear to hear it, and so I just find myself crying uncontrollably at very inappropriate moments; at dinner, on the subway, halfway through a show at Joe's Pub.

Furthermore if one goes to a bar with a person one happens to be, intimate, with and then that person leaves with one's friend, well one might call that tacky, wouldn't you say?
Posted by La JohnJoseph at 2:11 PM 1 comment: The road to Rome leads to Rome, the road to Hell leads to Hell.
Posted by La JohnJoseph at 8:45 PM No comments:

Last night was the very strange conclusion to a very strange weekend. I don't remember all the details but I know saw all the same people on a prolonged and anticlimactic cycle. Yes I was drunk, yes I was high, mainly I was bored.

After the show at Joe's Pub I found myself standing on the sidewalk watching a peculiar tableau unfold. Stage left stood the Tsar in exile, a few former flunkies milling about his turned back. Stage right stood the downtown impressario and his date, chatting nicely to two of the talent bookers from Obama's campaign. Centre stage stood the most handsome boy in the world with lipstick scribbled all over his face, and his willowy friend who had found a box of Atkin's bars somewhere, in a trash pile no doubt.

Strange then, how Lucy's lipstick should match the shade doodled all over the face of the world's most handsome boy. She was wearing a basketball uniform under a pink zip-up hoodie, with black patent shoes and pristine white ankle socks, complete with a ruffle. And her lipstick was fuchsia, a word I learnt in my childhood garden, fuschia and thickly outlining her mouth. She had gold eyeshadow on her temples and the bridge of her nose, I asked her if she knew of her namesake, Santa Lucia, she said she did. Looking at her I wondered where the line is, between a playful personality disorder and hacking off a stranger's head on the greyhound bus. Nobody knew her but we all spoke with her, for a while, thinking that somebody must.

I was talking to the campaign bookers, about peacock feathers actually, because I had no interest in even the faintest possibility of Obama association. There was a genuine, upright intent in them, these two ladies who felt the world could be changed if they just had the chance.

One of them, I realise, is wearing fuchsia nail polish. It is so well applied, I realise, that she must have been to a salon. I have a daydream of she and her nail technician talking politics, but never, never playing the race card.

She says: "We really want to get the community excited again, to really..."
Lucy cuts in: "Do you want to have sex?"
I'm not even suprised.
"Not tonight," I reply.

Lucy moves over to the dowager Duchesses and looks for sex amongst their circle, I can hear willowy friend tell people that the Atkins bars probably aren't as bad as they look. They are. Later that night willowy friend tells me that it's probably my sexual chakra that's misaligned. It is.
Posted by La JohnJoseph at 9:30 PM No comments: